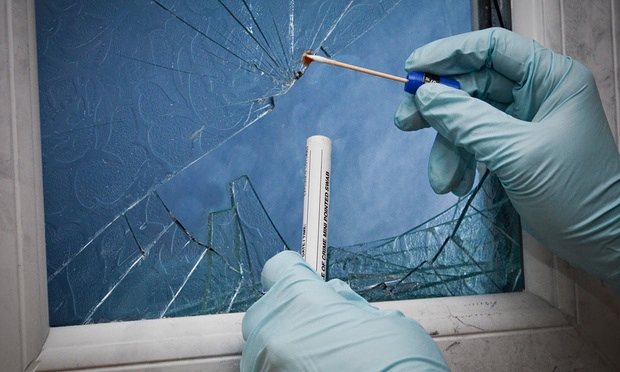 When it comes to trace evidence, methods of collection may involve the use of several other tools such as tape, sterilized needle-nose tweezers and dry transport systems. The swab comes in handy when collecting touch DNA from skin cells, fingerprints, or gunshot residue as well as explosions, arson.

Trace evidence with a swab is still different from when a swab is used to collect blood, semen and other bodily fluids.

Choosing The Right Kind of Swab

When choosing the right kind of swab, it is strongly suggested to choose DNA-Controlled Swabs.

These are swabs that are most specifically labeled DNA-Free Swabs or DNA-controlled. This translates to these being absolutely free of any human contaminants like DNA, DNase, and RNase which would compromise the sample. Always choose DNA-Free Swabs.

Among DNA-Controlled Swabs, the DNA-controlled flocked swab has proved to be popular because of its its unique micro structure. This micro structure makes it a better alternative to the standard cotton swab. Basically,  DNA controlled flocked swab by virtue of its structure can collect, retain and elute specimen the best. This makes it perfect for PCR, molecular assays, DNA testing and direct antigen testing.

When DNA collection at a crime scene is undertaken, a comparison sample is a must. This helps in elimination of suspects leading to ultimate identification.. This is achieved by drawing the sample from the buccal cells from inside the cheek. This is buccal cell collection. It is recommended that foam tipped or cotton tipped swabs are used for this type of cell collection.

For instance, if the sample has to be moved to FTA cards, a large, round foam-tipped swab is ideal. With an extra large tip, this swab type provides extra surface area for maximum sample collection and preservation and minimizes discomfort. Alternatively if there is no requirement to transfer the sample to FTA cards, the sterile medical grade cotton swab with its own dry transport tube is perfect.

When it comes to trace evidence such as gunshot residue or touch DNA, sample size and sample type determines the decision on type of swab. For small samples the flocked swab with its unique precision and absorption capabilities come in handy and for large samples foam swabs work best.

The above thus covers most on forensic swabs and is sure to help choose the best swab for the requirement.

Shop our quality selection of Forensic Swabs and Sterile Swabs.